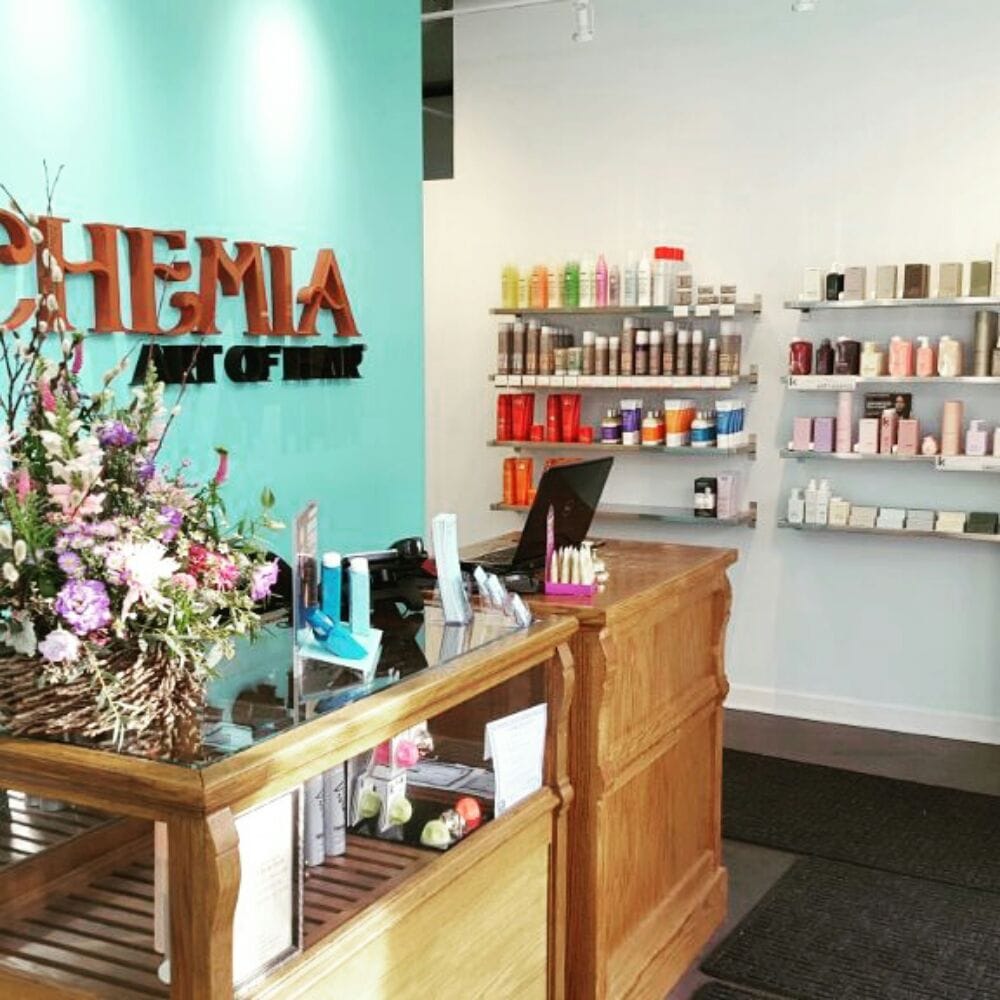 In late 2015 and early 2016, Uptown United coordinated with Alderman Osterman and the Small Business Center to offer comprehensive business wrap-around services and consulting to help Uptown resident Edward Steinbeigle open Alchemia Art of Hair (Al-ka-me-ah), as part of a pilot initiative to help incubate businesses along Sheridan Road between Ainslie and Foster.
Edward, with 26 years of salon experience, decided to be his own boss and, after living in Uptown for many years, knew that there were no nearby salons offering his particular set of hair cut and color services.

But the road to opening Alchemia took nearly three years, in part because the 1922 building hasn’t had retail in it for 50 years and required a complete rebuild to be viable. The process was “not for the faint of heart,” he says and that “it was easy to get disheartened,” which is why he was glad to have had support for moving through the many steps.

But despite fears that no one would come once open, Edward says neighbors quickly embraced the salon. Since then he hasn’t had to do much to market the business thanks to the area’s heavy foot traffic. Instead, his focus has been a series of community-friendly promos, such as a back-to-school special for teachers, a Halloween celebration with prizes and giveaways, and encouraged passersby to write love messages on the sidewalk in chalk to promote a community response after the Pulse nightclub shooting in Orlando.

Now in its third year, Alchemia continues to grow and Edward is making plans to expand the salon’s services and offer more specialties. Aside from that, he plans to increase their community involvement and community care – so stop by and see for yourself what the buzz is about!