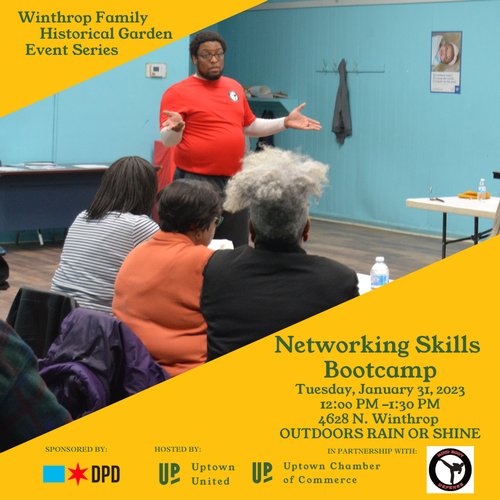 Networking Skills Bootcamp
This networking skills building bootcamp will focus on how to build strong relationships.  Strong relationships are the foundation of supportive networks. And successful people utilize their support networks to grow their business and promote joy in their lives.

More about the Winthrop Family Historical Garden
The WFHG event series is focused on bringing together the community to commemorate the experience of generations of black Uptown residents who originally arrived in Chicago from the South during the Great Migration.  They found their housing options were limited by restrictive covenants, a racist practice utilized in Chicago and throughout the north which remained intact through the early 1970s.

In Uptown the redlined area existed along Winthrop Avenue between Leland and Wilson.  Here, set aside from the rest of the community, generations of black Uptown citizens found strength in their relationships.  They began to think of themselves as a family: the Winthrop Family.

In 2005, The City of Chicago, NeighborSpace, and Uptown United dedicated three vacant lots at 4628 N Winthrop to the memory of the people who lived on that land – and in the immediate area.  These individuals refused to allow restrictions to curb their will to create community, to foster joy, and imagine the best for their descendants, who are scattered through Chicago, the Midwest, and across the globe.
Winthrop Family members were present when the community garden was re-dedicated by Mayor Lori Lightfoot in October 2022.

The next outdoor program on-site at the garden is scheduled between 12:00 PM and 1:30 PM on Saturday, February 4th.  Also led by Toliver, the workshop will engage the public in techniques to defend their physical and mental self.  On March 25th, Red Line Services will facilitate a community art project and a community meal.

There is an open RFP process to identify BIPOC business and community leaders – or individuals whose programing is intended to reach disenfranchised communities -- who would like to present in partnership with the Uptown Chamber of Commerce.  Other confirmed partners for 2023 include The People’s Music School, Illinois Center for Kathak, and Tapestry 360 Health (fka Heartland Health Center).  Any interested businesses or individuals are welcome and encouraged to seek more information by emailing [email protected] or calling 773-878-1184, ext. 1. 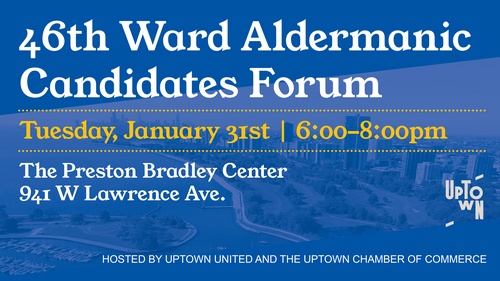 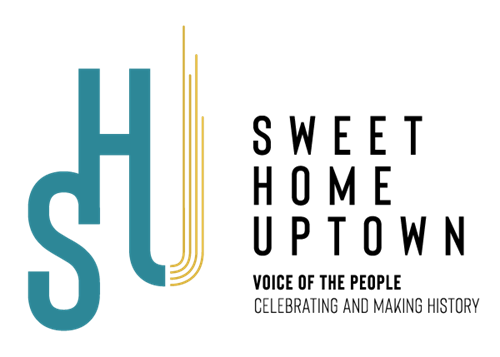