From world-class entertainment venues to picturesque beaches, in Uptown there is always something to see and do. And that includes exploring some of the most iconic buildings in Chicago. This area is home to striking displays of early 20th-century architecture—Art Deco, Spanish Revival, and Venetian Gothic Revival—that give the Uptown Square District a distinct flair. It is brimming with old-world beauty, charisma, stories, and possibilities, giving us a glimpse into this neighborhood's fascinating past and promising future. Here are some key historic sites you don't want to miss. 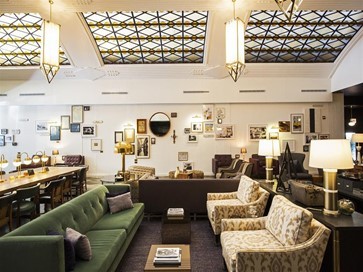 To start your day of adventure, you may want to grab yourself a coffee—and the Lawrence House has the perfect spot. Originally the New Lawrence Hotel, The Lawrence House is now home to Uptown apartments, Larry’s Bar, and a lobby coffee shop. Grab a latte and plunk down in a comfy armchair to admire the stained-glass skylights that are original to the 1920s design. The architects responsible for this Art Deco treat, Huszagh & Hill, also worked on other noteworthy buildings in Uptown. These included the Wilton Hotel, as well as the next historic gem on our list. 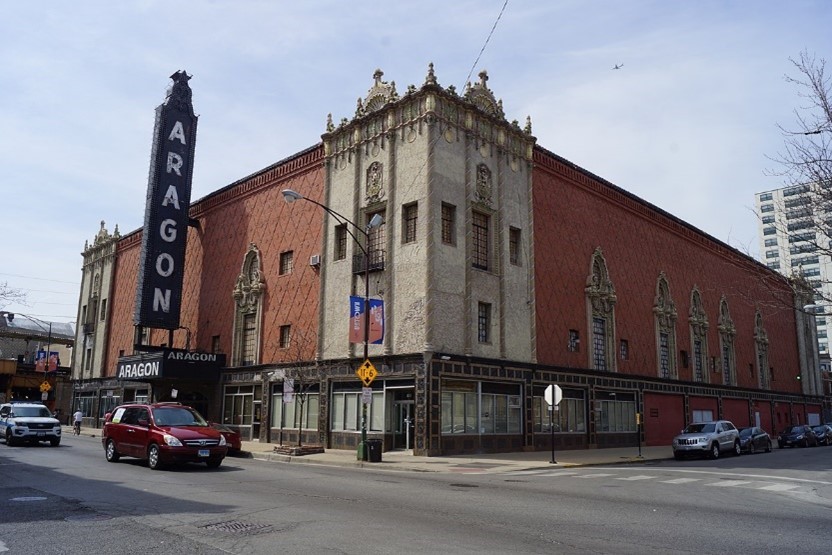 This Spanish Revival ballroom isn’t just named for a region in Spain, but inside it holds a small Spanish-style village. Since its grand opening, the village has remained along with crystal chandeliers, sweeping arches, and exquisite terracotta ceilings decorated with stars and clouds. But the venue itself has had quite a few different uses since its former ballroom glory days—rollerblading rink, boxing venue, discotheque. Today, the Aragon Ballroom is a concert venue where you won’t find any roller blades or boxing gloves. However, the rumor is that there are still secret tunnels underneath that lead to the Green Mill Bar—one of Al Capone’s old haunts. 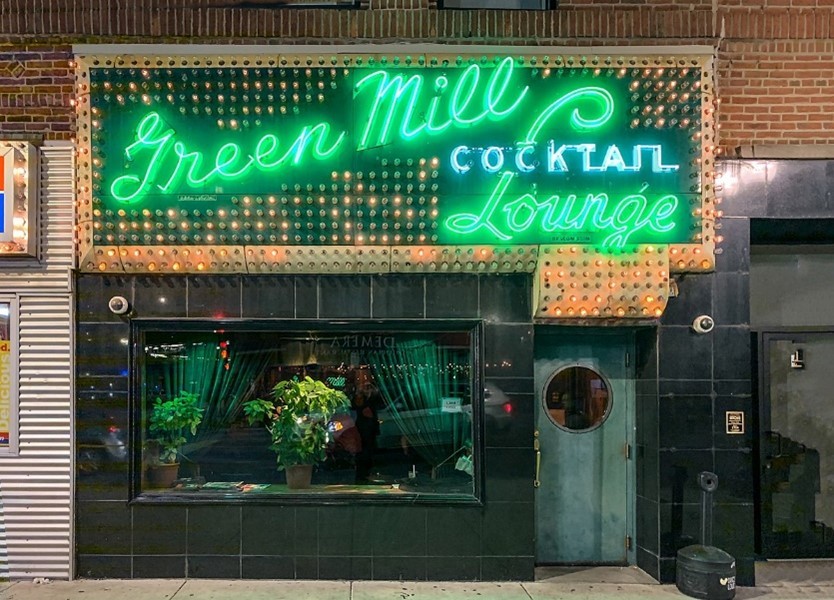 Stop in for a drink at an Uptown icon. From being one of Chicago’s first beer gardens in 1914 to an iconic jazz club, The Green Mill is overflowing with a rich history that spans over 100 years. In its early years it drew movie stars from the nearby Essanay Studios and later it became one of Al Capone’s well-known hangouts during the prohibition era. The booth that Capone favorited can still be found there, along with an escape hatch behind the bar he and his cronies used to access underground tunnels. 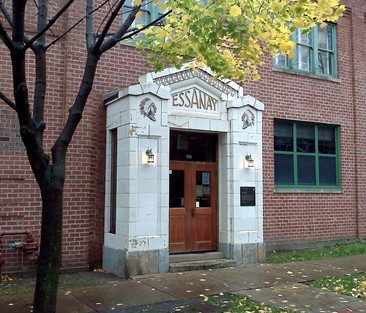 Uptown is certainly no stranger to blazing a trail with its grand architecture and big ideas. And Essanay Studios is no exception. Moved to its famous location on Argyle Street in 1908, it was one of the largest and earliest film studios in America. This studio was responsible for an arsenal of silent movies and the first American rendition of A Christmas Carol. Plus, they had many big names on board like Charlie Chaplin, Gilbert “Broncho Billy” Anderson, and Gloria Swanson. They closed in 1917, but the building still proudly stands today. It was designated as a Chicago Landmark in 1996. 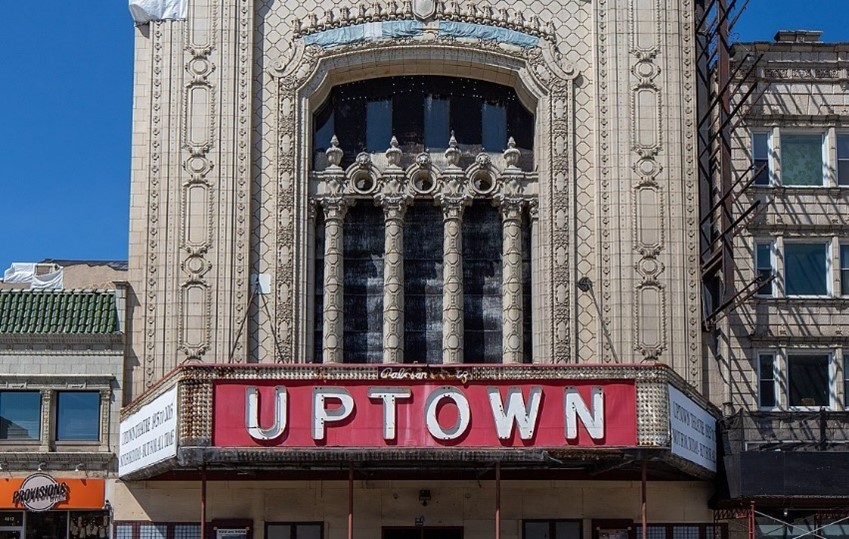 With 4,381 seats, the Uptown Theatre was the largest music hall in the world from 1925 – 1932. It hosted many movies, concerts, and events in its hay day, with 12,000 patrons showing up for its grand opening. The interior with its exquisitely detailed paintings, lavish fountains, sparkling chandeliers, and grand staircases is quite the site. Unfortunately, today you will only be able to enjoy the ornate façade of this building—it has been closed since 1981 when a frozen pipe burst and caused extensive damage. However, while the fight to get the Uptown Theatre renovated and running again carries on, this Chicago icon continues to inspire community projects.  And with partial funding already in place for its revival, there are high hopes that it can be restored to its former glory and patrons will once again be welcome inside.

Extended rail service and improvements to public transportation played a large part in Uptown’s 60% increase in population between 1900-1910. To accommodate the demand for the area, single-family homes were replaced with multi-story apartments. Today, a handful of these apartments still stand—making them some of the oldest remaining structures in the Uptown Square District. These buildings that are over a century old are well worth a visit for their brick facades featuring ornate classic revival details.

The suggestions above only skim the surface of what Uptown has to offer. Other historical places that are well worth checking out include:

Look for the Bronze Plaque

The Uptown Historic Districts Building Plaque Program that rolled out in 2020 offers historic and landmark buildings in Uptown a bronze plaque to display. On these plaques you will find the building name, year built, and architect. While this program is still in its infancy and many historic buildings don’t have plaques yet, they are something to keep an eye out for while exploring!

Own a historic Uptown building? Click here to apply to the Building Plaque Program.

There are pieces of Uptown’s past around every corner. Whether you’re exploring Uptown on a whim or know precisely which historic landmarks you want to see, the beauty and history of this neighborhood won’t disappoint. 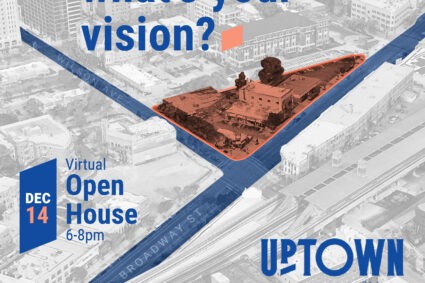