The Chicago Tribune spotlights "Living in Uptown." Legendary music venues, jazz, and a focus on 'embracing all residents’ as well as restaurants and education!

In the heart of Uptown, an energetic ethnic and economic diversity brings the intersection at Lawrence Avenue and Broadway to life. Walk down either street and you may just hear any of the more than 90 languages spoken in the rising Chicago borough, which runs from Foster Avenue south to Montrose Avenue. The western border is Clark Street north of Lawrence and Racine Avenue south of it, and the eastern edge is Sheridan Road, though south of Lawrence the neighborhood stretches all the way to the lake.

A number of local business owners describe Uptown as a tight-knit community where people and businesses take care of each other and work to keep the area vibrant. With a range of restaurants and bars, and an entertainment hub featuring the Aragon Ballroom, the Riviera Theatre and the return of the historic Uptown Theatre, that vibrancy is readily on display.

And theatergoers have plenty of local options after the curtains fall.

Sink your teeth into this: The ambience at Demera Ethiopian Restaurant (4801 N. Broadway) is relaxed and eclectic, and the menu is the delicious result of generations of family recipes. The patio boasts a view of the soon-to-be-restored Uptown Theatre, and handwoven baskets, dark wood furniture and red-and-gold curtains accent the natural, bright space.

“I’ve heard people say that our dining room is fancy, but that could be just the cloth napkins talking,” says general manager Alex Lavelle, who works closely with the owner, Tigist Reda. Lavelle says Demera attracts a diverse crowd, and the food and friendliness of the staff keep people coming back.

Start with the sambussa sampler, then try the family-style messob — the chef’s selection of eight dishes — four vegetarian and four meats — piled on warm injera, the traditional Ethiopian flatbread.

“Our injera is homemade using fermented teff flour mixed with wheat and cooked on a large skillet,” says Lavelle, who notes the gluten-free option made from 100 percent teff.

The siga alicha is a cubed beef option, cooked with spiced butter, onions, garlic, cardamom, ginger and turmeric. The choice lamb, ye-beg wot, is “stewed in spicy berbere sauce and served bone-in,” says Lavelle. It comes tender, flavorful without overpowering. And for greens, the chopped cabbage and carrots, as well as the lentil options are worth a go.

Location for libations: For an Uptown classic, swing by the Green Mill Cocktail Lounge(4802 N. Broadway) any night of the week for a drink and live jazz.

Once Al Capone’s stomping grounds, the lounge holds on to that old-school vibe. A big curving bar, early 1900s decor, antique cash registers and an old Galaxy 200 jukebox stocked with vinyl — it all adds up to keep customers coming back, and the history and live music draw a constant flow of newcomers and tourists.

“The look of the joint, you don’t see it anywhere else,” says Dave Jemilo, who has owned the speakeasy for more than 30 years. “It’s run the right way.”

He says people come to the Green Mill because they get a good drink made properly and because the music is high quality. Jazz groups and poets jam every night, going until 5 a.m. Sunday mornings. Jemilo says performers are already booked into next year.

The Green Mill is famous for shots of malort, bourbon is big now, but “we got something for anybody — beer snobs and truck drivers.” Jemilo said. The bar is fully stocked and the beer list is small, but solid. Just remember cash for the cover charge and your drinks, or step over to the ATM inside.

Culture vulture: The Uptown Arcade (4830 N. Broadway) is only a couple of years new, but the inside is straight out of the ’70s and ’80s. Behind the bar there’s an eight-track tape collection, a vintage RCA television in a wooden frame, an iconic Elvis lamp and games galore from your childhood.

Follow the striped wall to the back for the arcade of old pinball machines, foosball and more arcade games than you’ll know what to do with: old standbys like NFL Blitz and Mortal Kombat, as well as generation-definers like Asteroids and Frogger. Or take a seat at a picnic table and haul out your retro self with some Lincoln Logs or one of many board games.

A local you should know: Several business owners in the area said Ald. James Cappleman was the person to talk to. He started working in the neighborhood 30 years ago with Travelers and Immigrants Aid (now Heartland Alliance), assisting Ethiopian and Cambodian refugees and serving homeless living with HIV. Almost 20 year ago, he moved in, attracted by the diversity and the uniqueness of the community.

“I love the fact that on any given day, I can walk down the sidewalk and see a Buddhist monk wearing robes near a woman in a hijab,” Cappleman said.

He’s helped the neighborhood evolve and tried to give residents a chance to weigh in on community decisions. “The critical step I took was creating a process for residents to have a voice and a vote when developments are proposed,” he said. His framework allowed block clubs to weigh in on projects in their areas, and the ward’s Zoning and Development Committee — a group of about 40 locals — to decide on larger projects.

Some of those projects include the Chicago Market, a local food cooperative slated to open in the Gerber Building near the new Wilson L station next year, and investment in and around the neighborhood’s entertainment district, specifically the Riviera and Uptown theaters.

“My vision is to have an economic and ethnically diverse ward that is a model for celebrating differences and embracing all residents,” said Cappleman, who points to his experience as a former grade-school teacher, a social worker and a Franciscan friar as formative in his ability to bring people together.

Cost of living: According to an MLS analysis by Irpino Real Estate (based on the last year), one-bedroom apartments rent for a little over $1,200 and two-bedrooms for closer to $1,800. The average condo sale price comes in at $275,000, with market times around 57 days. Single-family homes in the area sold for an average price of $760,000.

“In our humble opinion, Uptown and Buena Park is the last secret along the lake that is close enough to the city to provide a great place to live, enjoy the neighborhood, lakefront, and still be within a quick commute to downtown,” said Managing Broker Dominic Irpino.

In addition to the theater district and the quiet residential feel, the relatively lower cost of living draws people to the neighborhood, Irpino said.

Market watch: Bucking an old trend, development in the area is now encouraged, according to Irpino. New buildings, including rentals and condo units, are flying up, and the Wilson station renovation has boosted growth in the neighborhood.

Cappleman says since the station revamp, new retail investment and residential constructions have come in. “As this evolution has occurred, I have seen an increase in the number of people walking and biking around Uptown to visit a reinvigorated commercial and entertainment district,” he said.

Single-family homes are hard to come by, as there aren’t many and those who own them typically stay for the long haul, says Irpino, but those available tend to have history, with larger lots and square footage. According to Cappleman, who cites the Chicago Rehab Network, “Uptown continues to have the most government-subsidized affordable housing in the entire city.”

Health hubs: Get in a workout at Bodi Shak (4704 N. Broadway) with specifically tailored one-on-one or group fitness training. Or test your limits down the block at First Ascent (4718 N. Broadway), where climbing, yoga and fitness training come together for one unique workout.

Griffin Jackson is a freelance writer. 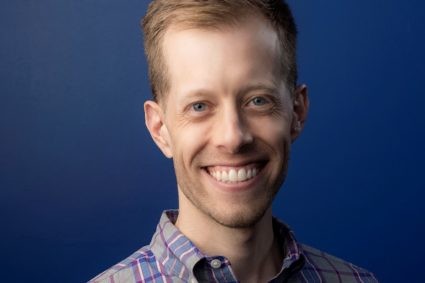