For over a century, Uptown has been a bustling business district brimming with entertainment, culture, and diversity. Today, Uptown is a vibrant, thriving, and a one-of-a-kind historic neighborhood and entertainment district.

Download the Uptown Investment Guide to learn more about our great community.

Uptown boasts a densely populated multicultural community with over $1.2 billion of consumer spending. Its 56,000 residents and accessible location helps support a large customer base–day and night. Adding to Uptown’s population are thousands of daytime professionals, transit users, and students. Plus, Uptown is located at the nexus of large-scale events, such as the annual Pride Parade and lakefront concerts.

$600-plus Million of Public & Private Investment

Public investment is rebuilding Uptown’s transit and streets, enhancing its vibrancy. The Wilson El station is undergoing a $205 million reconstruction that will add Purple Line service to Uptown, the recently-completed $5 million Argyle streetscape project is also Chicago’s first “shared street,” and a $6 million Lawrence-Broadway streetscape project will add a public plaza and outdoor stage to Broadway in 2017, plus the Lawrence and Argyle stations will soon be rebuilt.

Additionally, 2,300 new residential units are proposed or under construction in Uptown, along with 150,000+ new square feet of retail space that includes Treasure Island Foods, Ross, and others. These public and private investments ensure continued vibrancy and growth in the neighborhood for years to come.

Uptown has a rich history as an entertainment destination, derived from the many clubs and theaters that hosted stars of the silent film and jazz eras, movie palaces in the 1950s, and then rock shows in recent years. Today, Uptown remains packed with venues big and small, including the Aragon Ballroom, Riviera Theater, Uptown Underground, Uptown Lounge, and Black Ensemble Theater which draw large audiences year-round from across the city and beyond for their many weekly events–adding up to over 240,000 annual attendees. Meanwhile, the Green Mill remains one of the nation’s premier jazz clubs. Additionally, large-scale lake-front events bring up to 50,000 into the area weekly! 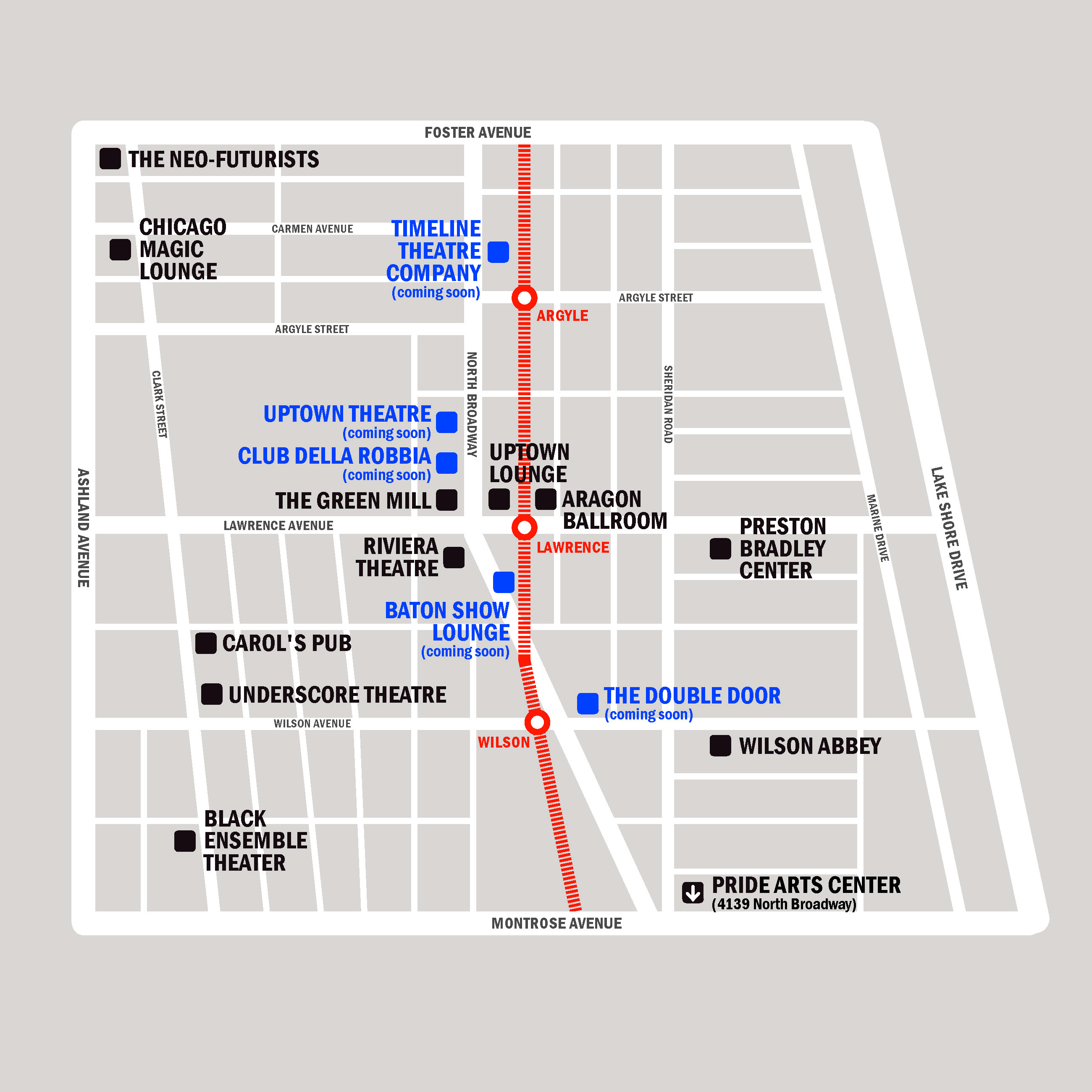 Explore Uptown’s districts and neighborhoods, each with their own history and character: